As I write my life story, I would like to start with my family background. I come from a family of farmers who live in one of the hilly villages 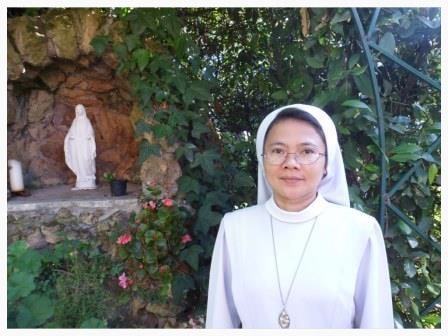 of Purworejo, Central Java, Indonesia. Purworejo is an administrative area in Indonesia where our first missionaries from the Netherlands arrived. My paternal grandparents were traditional Muslims and one of my aunts is a Protestant. My maternal grandparents were Catholic. Today, one of my brothers and his family are Muslim. I was born on 23rd August 1971 as the first among four children. My parents wanted us to have a good education. In 1978 there was no elementary school close to our house, therefore my parents had to send me to the village where my mother came from so that I could go to school. I moved to my uncle’s house when I was 7 years old and lived in a village where the majority of the people were Catholic. From then on, I lived in a Catholic environment.

There I went to a Catholic school from elementary until senior high school and only saw my family when I was on holiday. My uncle’s house was very close to the Church where we always had Sunday prayer with the people. I joined the group of altar children and the choir who served during Sunday prayer.

I graduated from senior high school in May 1990 and soon after that, on 1st June 1990, I went to the FDNSC convent in Purworejo as an aspirant. On 8th September 1991, I entered formal formation as a postulant and later continued with the novitiate in Purworejo. On 30th August 1994 I made my first profession and was then assigned to our orphanage which is next door to the novitiate house. In April 1996 the Congregation sent me to study accountancy in the University of Sanata Dharma, a Catholic university in Yogyakarta run by the Jesuits. After I graduated from university I was given time to prepare for my perpetual profession which I made on 15th August 2001. After perpetual profession, I worked in the finance department of our hospital in Pemalang.